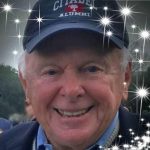 On Tuesday, July 26, 2022, Hugh F. Mulligan, loving husband and father of three children, passed away at the age of 85. Hugh was born on February 12, 1937 in Meriden, CT to Hugh and Claire Mulligan. In 1959, he graduated from the Citadel and married his first wife, Ruth Mulligan(deceased). They raised one daughter, Sarah (deceased), and two sons, Andrew and Toby. On September 13, 1986, Hugh married his current wife, Billie Mulligan.

Hugh was a proud member of the United States Air Force, serving nearly 23 years and retiring with the rank of Colonel. His assignments included the School of Aerospace Medicine, Pilot Training, and the Heart Program. Upon his retirement in 1983, Hugh utilized his experience and expertise to start a successful business career in the pharmaceutical clinical research industry. His first organization, Facilitators of Applied Clinical Trials, provided a means for Department of Defense physicians to participate in clinical research trials that would benefit their patients. This was followed by a number of other successful businesses including the Institute for Clinical Research and Spectrum Pharmaceuticals. His successful business career enabled him to retire, which didn’t last long. Hugh always had a passion for sports and a desire to serve his community. In February of 2008, Hugh created AQUAS (Assistance for Qualified Underserved Athletic Students) a nonprofit organization dedicated to helping local youths that have proven themselves academically, are involved in their high school and community activities, and have a passion to play their sport at the next level. Hugh spent a tremendous amount of time meeting with families and students, contacting colleges and universities, and establishing a dedicated team of individuals to help gain financial support and opportunities for over 50 local students in the San Antonio area. He was tremendously passionate about AQUAS and continued to be involved in AQUAS until his passing.

Hugh was an avid game player, whether it was cribbage, bridge, board games, or various athletic activities, he was always an enthusiastic participant. He loved the Red Sox and Spurs, the latter of which he was a season ticket holder of over 20 years. Hugh spent many hours coaching, and watching his sons and grandchildren participate in various sporting events. He was an excellent storyteller, who never met a stranger, and easily made friends. While he spent most of his life in San Antonio, his heart was always in Connecticut. He was never happier when he and Billie were able to bring all of the family together to stay on the Long Island Sound, where everyone was able to fish and play games together. Hugh loved spending time with Billie, his children, their wives and grandchildren. He will truly be missed by all who knew him.

A funeral service will be held on Friday, August 5 at the St. Francis of Assisi Catholic Church at 1 o’clock p.m. Please send donations instead of flowers to the AQUAS organization at www.aquas-us.org.